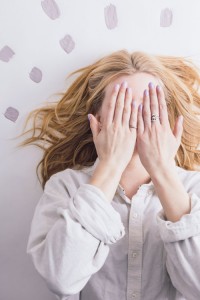 In my late teens, I had a friend who dated a rather angry man. One of the stranger things he did was pour an entire kettle of boiling water into his mother’s handbag. I remember how calmly she told me. His mother is so unpleasant she said. He did it because she made him so angry he couldn’t help it. The way she talked, his behaviour was completely reasonable! And I just sat there thinking, how bizarre, how can she not see that’s weird and doesn’t make sense?

So, What is Cognitive Dissonance?

Leon Festinger, a social psychologist from Stanford University in the USA, introduced his theory of “Cognitive Dissonance” in 1957 to explain the psychological discomfort we feel when our actions are inconsistent or in conflict with our thoughts – and how we try to reduce this discomfort.

I’m sure you’ve seen your friends, loved ones (or perhaps you yourself) doing or saying things that just don’t make sense. Logic says one thing, and yet we do another. Like staying in a bad relationship, justifying smoking (we all know it’s bad for us!) or sticking up for a friend’s bad behaviour (for the umpteenth time).

Often where what we say defies logic, we’re doing it to avoid the “Cognitive Dissonance”, the uncomfortable feeling we get when we do something that goes against our beliefs and values.

We find it extremely difficult to tolerate this conflict between our thoughts and actions. It’s SO uncomfortable that we must change something. And because thoughts are (usually) easier to change than our behaviour, we tend to adjust our thoughts – and even beliefs – to explain away our actions. This could explain why some habits are so hard to break!

4 Key Ways We Reduce our Cognitive Dissonance or Discomfort:

Below I explore some ways people might reduce their cognitive dissonance around smoking, or we’re faced with a cream cake but are on a low-fat diet!

1) Change behaviour (the hardest to do) 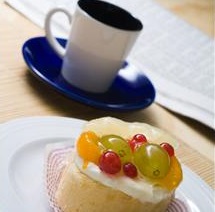 2) Reduce or change beliefs to outweigh or justify your behaviour

3) Create a new thought or belief that justifies your behaviour

And what’s even more strange:

The stronger the cognitive dissonance, the stronger our need to “justify” ourselves. For example, it’s been shown that the more unpleasant the initial hazing practices are to join a team or fraternity, the more likely people are to say they love being a part of the team!

This was discovered as part of Festinger’s work where he studied a cult that believed the planet was going to be wiped out by a massive flood. When the flood didn’t happen, the super-committed cult members who gave up their jobs and homes were more likely to re-interpret the situation. They came up with new beliefs to explain the situation (it’s because we were so faithful that the flood didn’t happen). Members who hadn’t given up so much were more likely to face the truth and realise they had made a mistake.

What can you do with this information? Well, you can’t change other people’s behaviour. And if you try, they’ll just feel more uncomfortable and come up with more new beliefs to justify themselves…

So, focus on you. If you have a habit you’d like to change, or a goal or action you never seem to get done, get curious instead! In particular, notice when you’re changing your beliefs – instead of changing your behaviour. That discomfort is pointing to a belief or value. What could it be?

And that’s it for now, because if you pressure yourself, it just gets harder. And be kind to yourself – because we all do this! Then when you’re ready, you’ll have the awareness to make different choices going forwards.

If you liked this article on Cognitive Dissonance, you may also like:

2 Responses to How Cognitive Dissonance Makes You Say Silly Things!