Get Rid Of Your Inner Critic with these 3 Simple Techniques! 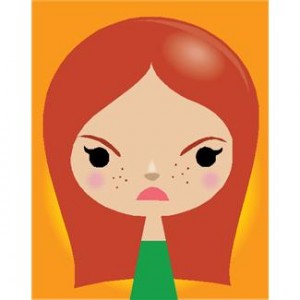 Whether you call it an “Inner Critic”, a “Gremlin” or your “Judge” we ALL have one. A part of us that ignores our achievements, and focuses on our flaws and mistakes – and then not only highlights them, but often yells and abuses us too. “Well, that was a stupid thing to do!” or “No-one’s going to promote you now” or “You’re a reject – WHAT an idiot!” and worse…

Yes, there’s a positive intention hidden underneath those snarky, downright mean comments that our Inner Critic makes. But what I found is that the ‘positive intention’ was always to MAKE ME BETTER and PROTECT ME from criticism and rejection by others.

Now, this may SEEM  like a good a thing. But it suggests there’s something wrong with us now. It says that the only way we’ll learn is if we’re punished and ridiculed. It suggests that what others think is THE MOST IMPORTANT THING in our lives.

But you’re a grown-up now and you’re an intelligent person. You know that when people are punished and ridiculed they feel BAD. Who does their best work, who could possibly be happy and enjoy their lives while someone gives them verbal abuse? We wouldn’t tolerate it from our friends, why do we tolerate it from ourselves?

So, the technique to get rid of your Inner Critic for good is simple: STOP IDENTIFYING WITH IT! What does this mean? Your Inner Critic may be a part of you but it doesn’t have to be! What makes us FEEL terrible is that we 1) listen and 2) agree with what our Inner Critic says – instead of standing up for ourselves! Our inner critic may be part of US – but if we created it and we can also remove it…

OK, so how do we STOP IDENTIFYING with our Inner Critic? Well, next time your notice your critic at work, simply remember that your critic is not YOU. Then, use one of these 3 simple techniques to distance your SELF from your inner critic’s voices:

The Trick: with all of these, (or any other scenario you can imagine that works for you), is to separate YOU from your inner critic and to RE-TAKE CHARGE of your SELF.

The Hard Part: When you take charge of yourSELF you’ll need to find out who you really are. You’ll need to value yourself and YOUR opinion. You’ll need to learn what’s important to you – and to stand up for that no matter what your inner critic or anyone else says. And this takes time and practice – but that’s why you’re reading this – because you’re already on that journey. So, pat yourself on the back, give yourself a hug and smile at the new YOU in the making!

You may also like: 7 Simple Steps to Love Yourself Unconditionally and Have a Happier, Easier, More Peaceful Life!

3 Responses to Get Rid Of Your Inner Critic with these 3 Simple Techniques!