Banish This Word to be Happier, Less Stressed & More Productive!

Yoda is my favourite character in the Star Wars films. He is full of wisdom – as well as being pretty nifty in a fight, despite his small size and wizened, green appearance. And one of my favourite Yoda quotes is “Do or do not, there is no try.”

Why it matters: Using the word “try” implies failure: When we say “I’ll try”, what we’re really saying is we’re not fully committed.

Maybe you really will try, but you’re busy. Perhaps you don’t want to upset someone by saying, “No” or maybe you simply don’t care enough to commit fully. Whatever the reason, when we say “I’ll try” we’re usually not being honest with ourselves – or others.

Get your priorities straight: Wouldn’t it be easier if, as Yoda suggests, we simply DO or DON’T DO it?

It’s either important enough to be on our “To Do” list – or it’s not!

If it’s not a priority, why add the extra burden of a “try” action to your already bursting “To Do” list?

Stop Leading Yourself – And Others On: When we say “I’ll try” to others, they’re going to be disappointed whether you say “No” now – or just don’t get it done. By saying I’ll try, all you’ve really done is defer the disappointment and discomfort to a later point.

Isn’t it kinder to let people know so they can make alternative arrangements rather than lead them on and then disappoint them? If we just said “Yes” or “No” everyone knows where they really stand. 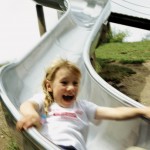 Another benefit of dropping “try” from your vocabulary is that you get more productive and achieve more. You have fewer distractions – which means the actions you are working on – you’re fully committed to and you’ll enjoy more.

How to move forwards without “Try”: So next time you hear yourself saying “I’ll try”, ask yourself, “What’s the hidden message in the ‘try’, what am I not saying or acknowledging?” or “What stops me from fully committing to this action?”

Once you’ve identified what’s getting in the way, you’ll be able to say “Yes” or “No” and move forwards clearly – with self-respect and with integrity. And with this clarity of self-knowledge you’ll be taking your relationship with yourself AND others to the next level.

Top Tip: If you’re unsure but feel pushed to make a decision on the spot, rather than a non-committal “I’ll try”, use one of these 2 responses:

After all, if your answer is not a CLEAR “Yes”, it may better to say “No” – if your mind is elsewhere then maybe that’s where you should be too…

“To serve is beautiful, but only if it is done with joy and a whole heart.” Pearl S. Buck

If you liked this article about being happier and more productive, you may also like: